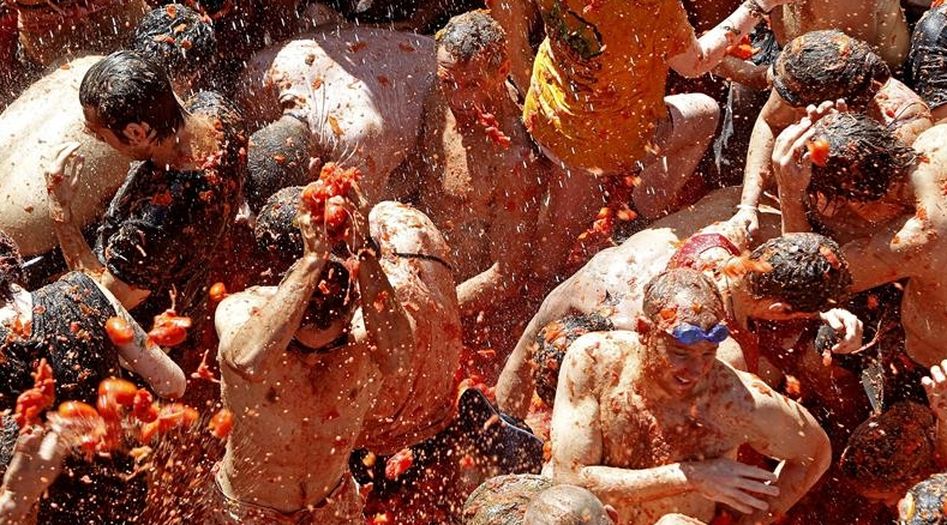 At exactly eleven o’clock a rocket exploded and everyone cheered – but where were the tomatoes?
We waited five minutes and then ten as confused, worried looks began to form on the faces of the crowd. (Daily Mail) 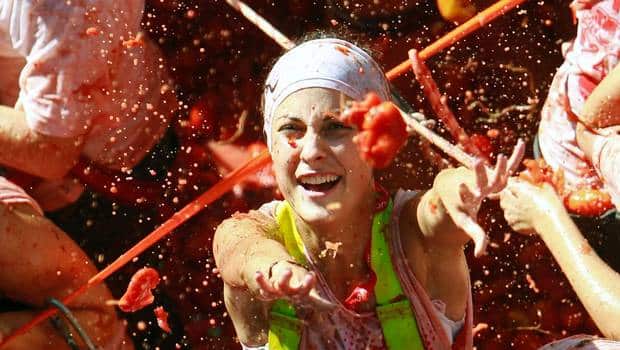 La Tomatina festival in the village of Bunol, near Valencia, Spain. Authorities estimated more than 40,000 people, some from as far away as Japan and Australia, took up arms with 100 tons of tomatoes in the yearly food fight. (The Telegraph) 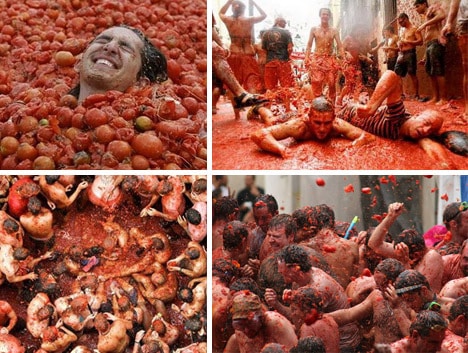 Getting pelted with tomatoes may sound like a punishment reserved for medieval rogues in the stocks, but it’s all in the name of fun at La Tomatina. For one morning a year, the small town of Buñol in eastern Spain dissolves into the world’s greatest tomato fight. (Lonely Planet)