Some pieces of advice about Tomatina. 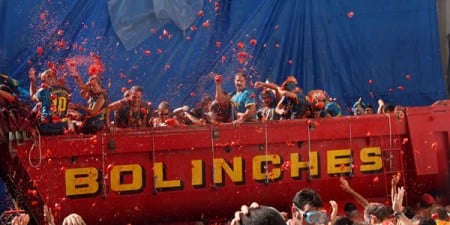 In 1945, during a parade of gigantes y cabezudos, young adults who wanted to be in the event staged a brawl in town’s main square, the Plaza del Pueblo. There was a vegetable stand nearby, so they picked up tomatoes and used them as weapons. The police had to intervene to break up the fight and forced those responsible to pay the damages incurred. This is the most popular of many theories about how the Tomatina started.

The following year the young people repeated the fight on the same Wednesday of August, only this time they brought their own tomatoes from home. They were again dispersed by the police. After repeating this in subsequent years, the tradition was established. In 1950, the town allowed the tomato hurl to take place, however the next year it was again stopped. A lot of young people were imprisoned but the Buñol residents forced the authorities to let them go. The festival gained popularity with more and more participants getting involved every year. After subsequent years it was banned again with threats of serious penalties. In the year 1957, some young people planned to celebrate “the tomato’s funeral”, with singers, musicians, and comedies. The main attraction however, was the coffin with a big tomato inside being carried around by youth and a band playing the funeral marches. Considering this popularity of the festival and the alarming demand, 1957 saw the festival becoming official with certain rules and restrictions. These rules have gone through a lot of modifications over the years. 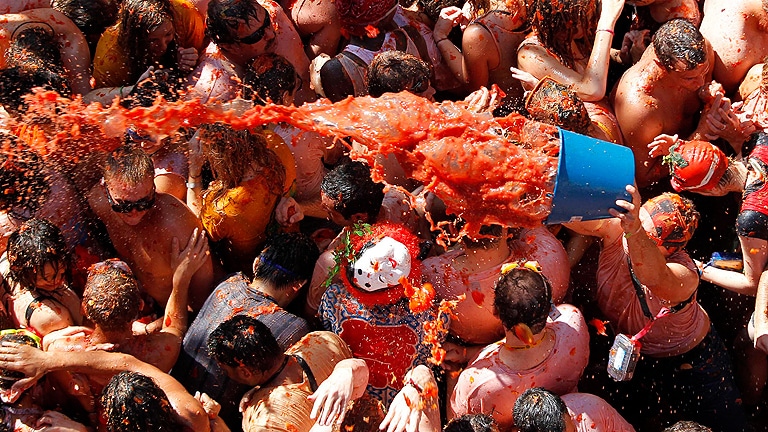 Are you ready for action??? Buy ticket